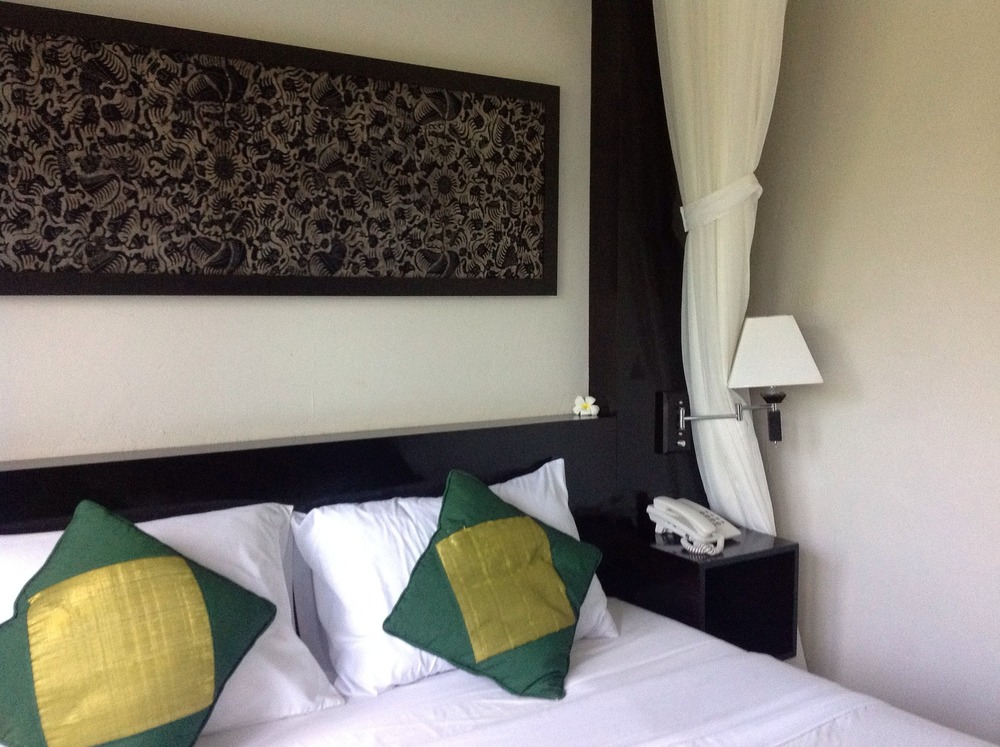 So thats it then, the end of another leg of my round the world journey.

Im in Bali, at the southernmost part of the journey so far. I’m a couple of hours flight from Darwin, and I’m planning on visiting Australia on this trip.

So this is the perfect time to make a 2,180 mile journey north to Chiang Mai in Thailand

I’ve three flights tomorrow. First to Kuala Lumpur (in business class according to my ticket. Although I suspect this just means its a seat near the front). Then I fly to Bangkok, and finally onto Chiang Mai.

In the space of twelve hours I’ll have reclaimed all the distance that I’ve travelled in the last month seeing that I departed for Bali from Bangkok.

I’m currently laying on an exceptionally comfortable bed and watching the MotoGP qualifying on a HD TV. I could almost be at home!

I’ve checked into a very nice hotel. By far the best that I’ve stayed in since I left home, I’m only here for a single night, but I has been worth it.

From tomorrow I’ll be in a guesthouse for a week and as experience has now taught me, it could be good or it could be terrible.

I like Ubud, even though I’ve not seen as much as it as I should. We arrived early yesterday afternoon and checked into a pleasant hotel.

We went out for dinner at a really nice place called ‘Oops’. I had a burger… I know.. I know… but boy was it good.

Unfortunately my stomach was still delicate, and whilst the others went to explore, I returned to the hotel and rested – and puked again.

Today though I’ve felt fine, so looks like its all passed now.

In the evening we had a last meal together before heading our separate ways.

Its been a strange old trip. I can’t even begin to pretend that I’ve enjoyed all of it. There has been too much bus travel, I’ve been ill and at one point I was very unhappy feeling very frustrated with members of the group.

That frustration did ease somewhat towards the end, but this is the first time I’ve ever been relieved to get away from a group/tour before.

I think part of it was just not having a space to retreat to due to the shared rooms. I’ve already sorted out a single supplement for the next tour and am investigating the possibility for my others.

However, Australia and New Zealand will be no goes due to price. Hopefully it won’t be an issue. I’m certainly not going to head there expecting it to be.

But enough with the negatives, because there were a lot of positives.

I’ve seen some amazing things over the last month. Huge lakes, paradise islands, volcanos, spectacular temples – exactly the kind of thing that I dreamt about for all the years that I’ve wanted to do this.

I mentioned in an email to a friend that somewhere in the last couple of weeks, I’d forgotten to have fun.

Now I’m going to go away, have a rest and head into the next leg renewed and excited about what is to come.

This has probably been a bit rambling and all over the place, but hey – I’ve never claimed to be a writer! 😉

2 thoughts on “Alone in my room”