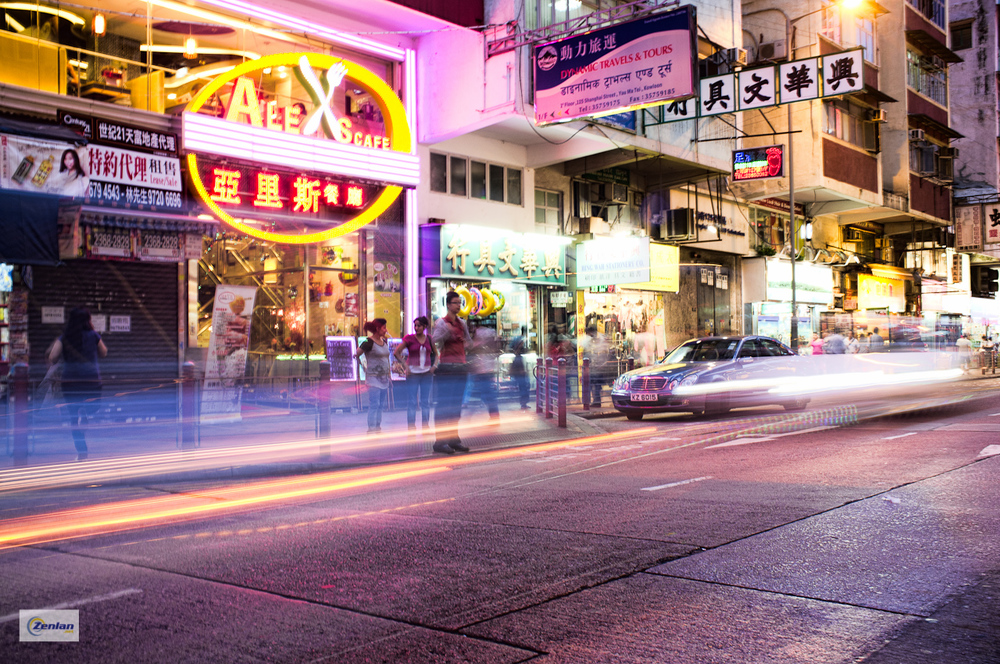 Hong Kong is a city of structured chaos.

The city is loud, brash, hectic and overwhelming to the senses. At first glance it is easy to become overwhelmed by the seemingly random movements of the people.
But should you take a moment or two to pause and simply watch the people go by; order and pattern start to emerge from the noise.
I attempted to record the feeling I had in Hong Kong. Of being surround by the hyper real, an over-saturated, gritty world, that barely slows.
A moving walkway at Hong Kong Station.
Escalators in Hong Kong Station.
Outside the newly opened Apple Store. People filter between desks like water surrounding rocks.
The glass staircase of the Apple Store.
A woman checks her messages whilst the crowds move on at Central Station.
Waiting to cross a busy road is one of the few times people come to a standstill.
A motorcycle cop keeps watch as traffic flies by.
Taxi’s are constantly in motion, pausing for the briefest of moments to dispense or ingest passengers.
One man stands in a river of people.
Whether by foot or by car; this city is on the move.