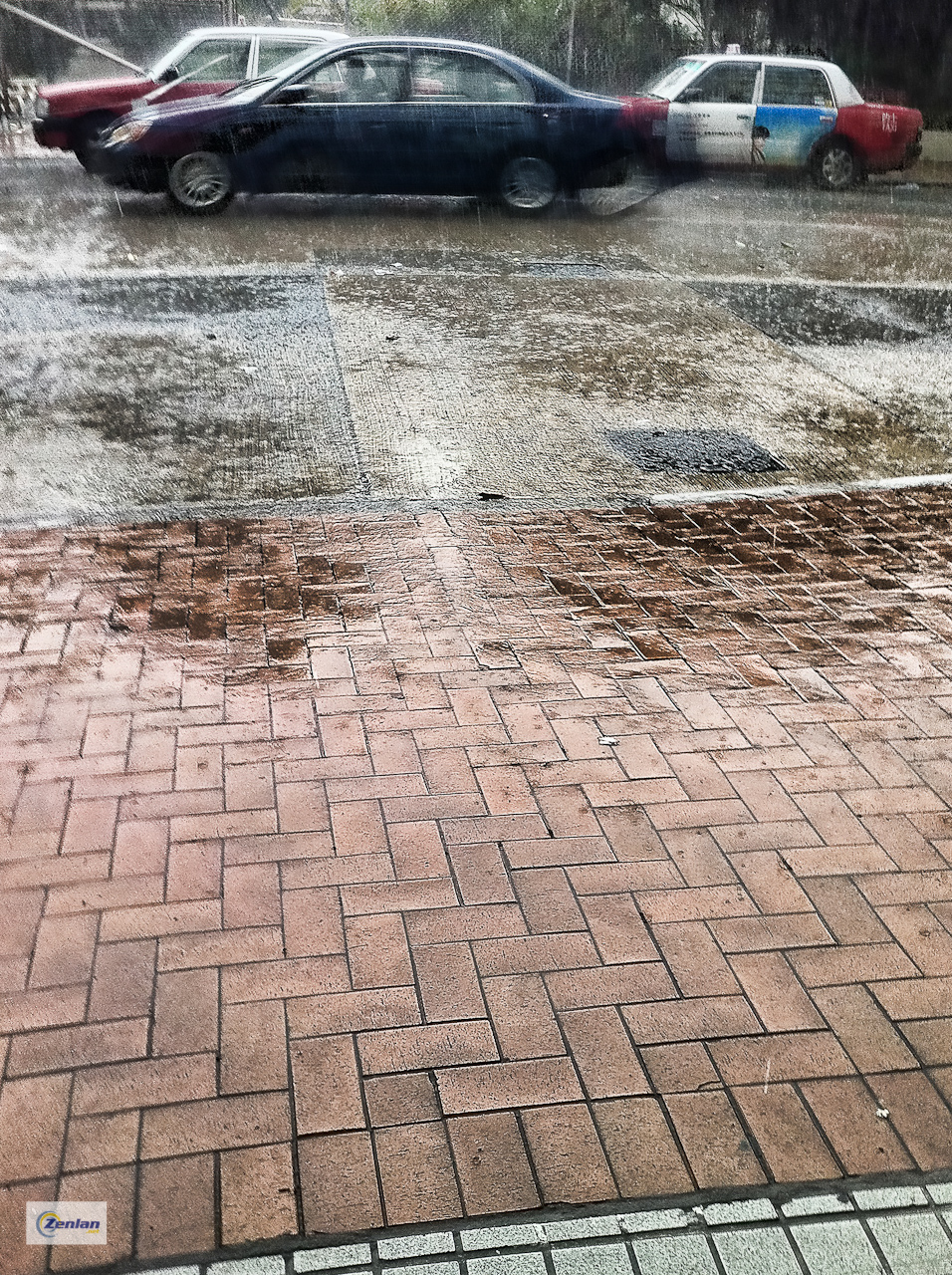 I was awoken this morning in a most unpleasant manner by the telephone ringing at 5:30am. Groggily I crawled across my very large bed and dragged myself to the photne. It was the tour company who were calling to tell me that the trip I had booked to see the Pearl Delta had been cancelled due to the Typhoon warning having been raised to Level 3 overnight.

I looked out the window towards the harbour. Aside from the shipping traffic being heavier than usual I’d have been pressed to tell the difference between this and the previous days. The lack of huge waves and livestock being carried through the air came as something of a disappointment. My expectations of what a typhoon looks like now scaled down somewhat, and with my days plans in tatters I did what any sensible person on holiday should do at 5:30am – I returned to bed.

I awoke later in a much more pleasant manner. For the first time since leaving home I didn’t actually have a plans or any place I needed to be. I sat for a while on the windowsill reading my book and occasionally looking out to the city when the noise of the rain against the window became particularly loud.

Sometime after lunch the rain seemed to change from crazy to merely heavy and I decided to take my chances outdoors. Thankfully the nearest metro stop was not too far from my hotel and I quickly made my way there cowering under my umbrella.

My destination was the IFC mall, where I had read that a new flagship Apple store had opened that week. If I was anywhere but Hong Kong, I would have described the mall as busy, but the crowds were noticeably less dense than I had experienced. Indeed for Hong Kong this could be described as deserted. This was because every shop in the mall was closed due to the typhoon. Wondering around, it was hard not to let my imagination run away with me and think of Day of the Dead as the crowds of people shuffled around the closed stores.

I thought that I would head down to the harbour front, but after only a few meters outside I realised that this would be a bad idea as the wind whipped the rain violently around the streets. Instead I made my way back to the hotel to return to my reading and wait out the storm.

When I arrived I had an email from Alvina. Because of the typhoon, her plans for the evening had been cancelled and so she was free for the evening before her flight later that night. We arranged to meet at her hotel and then we went out for a meal. By this time the typhoon warning had dropped to level 2 and the city had began to reopen for business.

We walked as we had the night before, only this time exploring the Kowloon side of the city before returning to her hotel and saying our farewells.

I had one last surprise today as I stopped off at a grocery store on my way home. In the fridge were cans of Breda, a lager which I’d never seen outside of the Channel Islands. I had to buy a can. It would have been rude not to. I drank my Breda in the small hours of that morning watching Spurs vs Shamrock Rovers on the TV.

It really has become a small world.