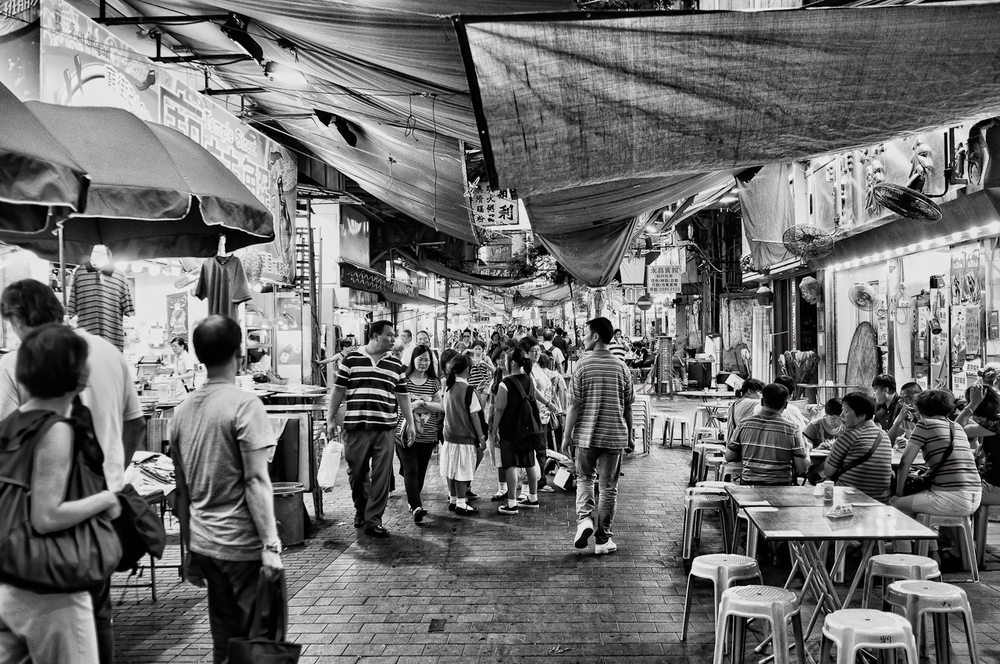 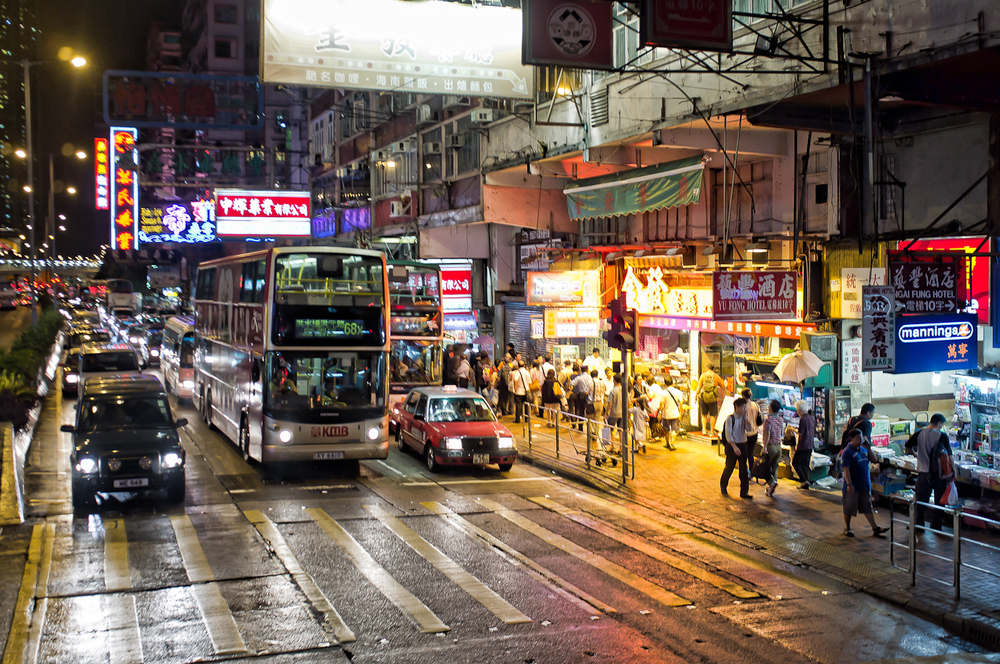 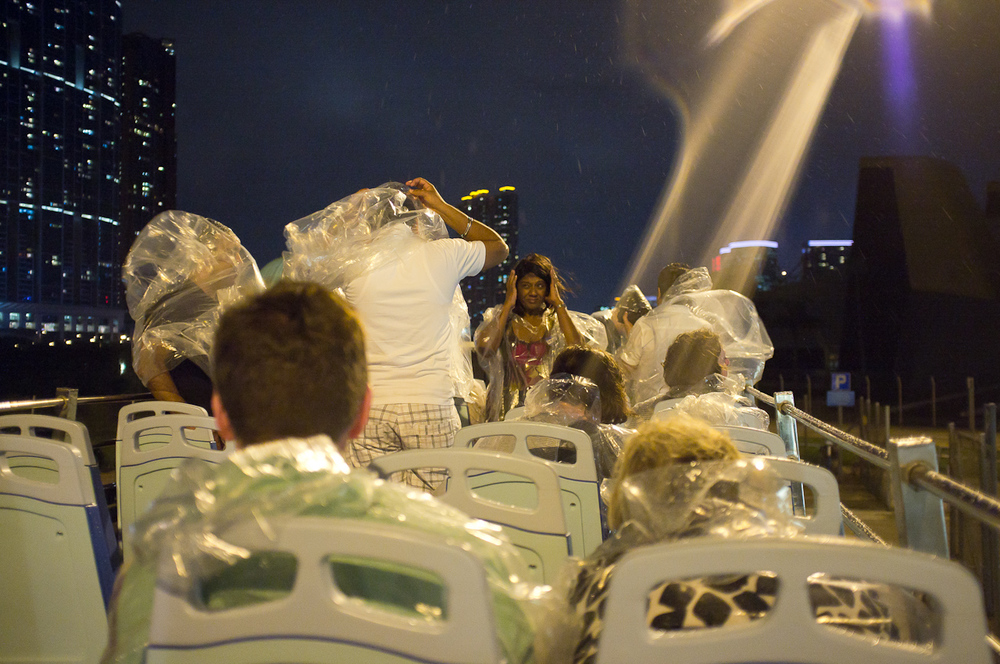 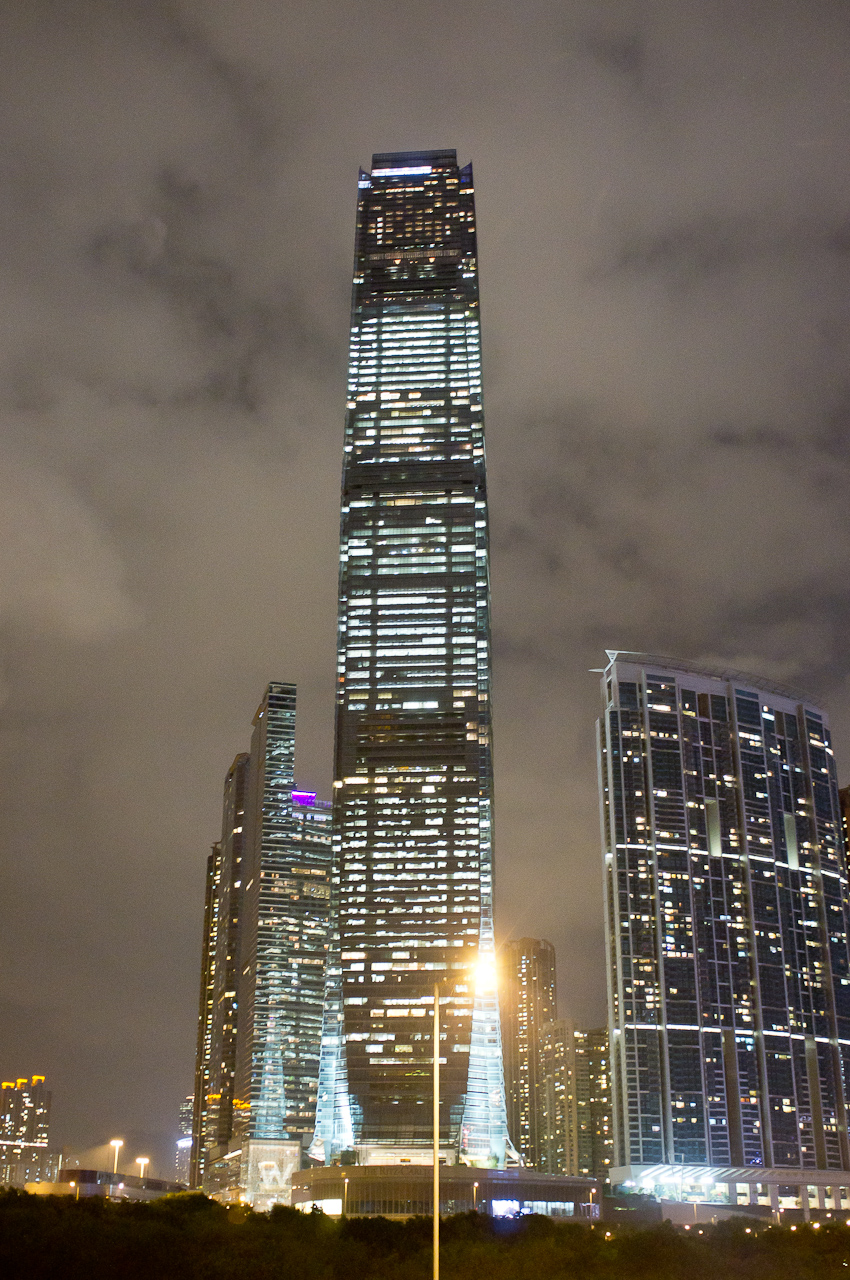 After my exploration of Hong Kong Island this morning, this evening I finally headed into the city itself.

I’d decided to take a tour of the city so that I could orientate myself before heading out by myself. This was going to be done in three parts – by foot around the markets, by open top bus around the city, and then a cruise with dinner and entertainment around the harbour.

It should have been a simple relaxing evening. But in typical Blakely fashion, it didn’t quite work out that way.

I went down to the hotel lobby to meet my lift, but was instead met by a young woman who told me that she worked for the company and was getting a lift, but that we would be waiting for a while as the bus was stuck in traffic. So instead we popped back inside and grabbed a table and had a chat. After wearing out the normal civilities and queries about where I come from, she turned the topic of conversation to the one thing that the British are guaranteed to engage in – the weather.

“So. There’s going to be a typhoon later” was her opening gambit. “Eh, really” was my startled reply. As it turns out the typhoon warning was at its third level, the one directly below imminent landfall. The warnings were on TV, on traffic signs and as she pointed out, also in the hotel lobby. Only a total moron could have failed to be aware of the incoming storm.

Being that moron, I excused myself and ran upstairs to grab something I figured I would soon need – my rain jacket, and then outside for our lift had finally arrived.

Our destination was the market in Temple Street. Stalls line both sides of a narrow street with the stallholders selling pretty much anything imaginable. Synthesised bleeps and whirs from electronic toys, or the hum of hundreds fans add to the cacophony noise generated by shoppers and onlookers alike.

The gap between the stalls is barely wider then two people standing. This means that you must progress at the speed of the crowd as you join the queue of zombielike shufflers making their way down the street. Occasionally the procession halts as someone ahead suddenly stops as they see an item they want to look at. In the few seconds between this happening and the parade restarting; any stallholder adjacent will seize their opportunity to make their pitch.

I could not help but take my mind back to Marrakech and the Jemaa el-Fnaa, the giant market square that in the evening changes into a giant open-air festival of food. The places for me seemed to be a microcosm of the two the countries. Both are noisy, crowded and at first overwhelming to the senses. Both are chaotic but it is in chaos that the differences become apparent. In Morocco, the chaos did seem to be just that – chaos. The consensus of the crowd is that the individual rules. It is every man for himself, and if you want to get somewhere then you need to fight for it. But in Hong Kong, if you stand still for a moment and just watch the people it all starts to make sense. There are patterns in the chaos, a politeness or a respect that whilst you are all compressed into a small area that the actual sense of crowding is very little. In Morocco, or indeed London at Christmas, the body feels like it has taken a battering just walking down the road as people career into each other, bumps and knocks picked up from carelessly carried bags and umbrellas. This didn’t seem to happen here. No matter how surrounded you may be, there is always that little bit of space. It is minimal, but it never feels frustrating or threatening.

It is strange that I don’t really enjoy crowds, or indeed confrontation. However I do really enjoy markets, which really are the apotheosis of crowds. I even enjoy haggling. With a little knowledge it can be a lot of fun. Knowing the rough discount that can be achieved means that you can have a little back and forth with the seller. I love the mock indignation of both parties as they open with one price, and you open with a price that you know is low; but not insultingly so. I think that is the trick. If you offer a stupidly low price at the start, all you do is annoy the seller. I think it sends a message of contempt – that you don’t take them seriously. But that offer that is a little bit low, then it is recognised as part of the game. I think its in my nature that I just like to come to an agreement that works out the best for both parties.

I made just a single purchase during my visit to the market – an umbrella that folds up and is stored in a fake water bottle. It cost around 50p, and would prove to be an inspired purchase.

Demonstrating once again my amazing talent for timing; I joined the open-top bus ride just as the heavens opened.

The typhoon was starting to come in now, with the rain really being whipped in by a strong wind coming in off the harbour. I confess to finding the entire situation hilarious, watching people huddling down into their seats as the wind did its best to rip the small waterproofs directly off of our bodies. But for me, it was just fun. I ride everyday and compared to a rainy winters day this was a walk in the park.

My only disappointment was that I wasn’t really able to use the camera as the rain made shooting near on impossible was water droplets were plastered to the lens by the wind.

The tour of the city lasted around an hour, and by this time the wind was in full force. The bus deposited us at the harbour and we joined a larger crowd for a cruise on the harbour as well as a meal and entertainment.

As we were boarding I started talking to a woman named Alvina. She’d just stopped of in Hong Kong for a couple of nights having just spent a month in Japan. To say I was jealous of that experience would be an understatement. We chatted through the meal, and the cruise. The cruise itself wasn’t the best because of the weather, so we decided to get off at the first stop.

The boat docked, and let us off somewhere on Hong Kong Island.In truth we had no plan at all, and so we just wandered the streets chatting and exchanging stories about our home and travels.

So in all a pleasant, if unusual evening. One in which I feel I’ve finally started to understand this amazing city.