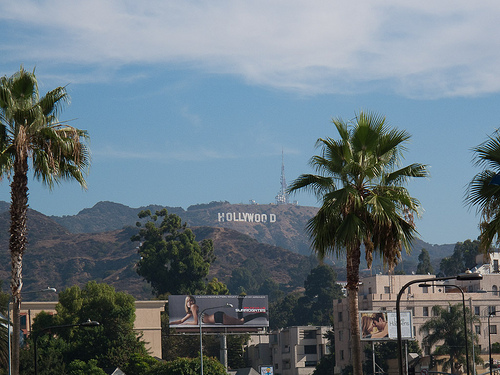 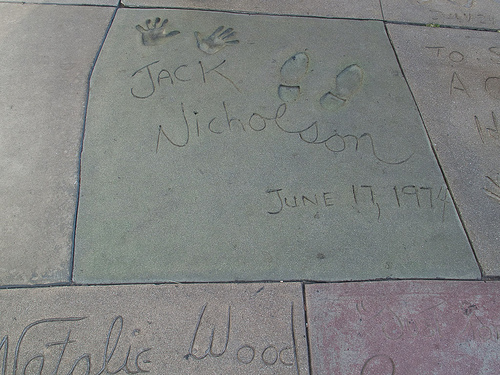 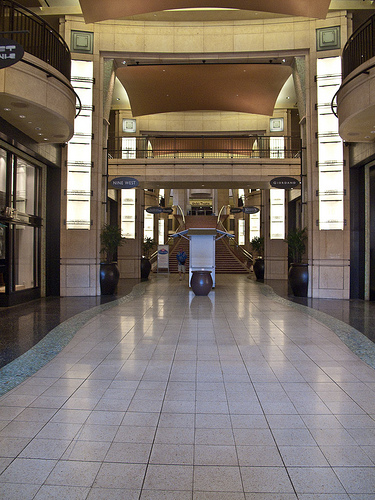 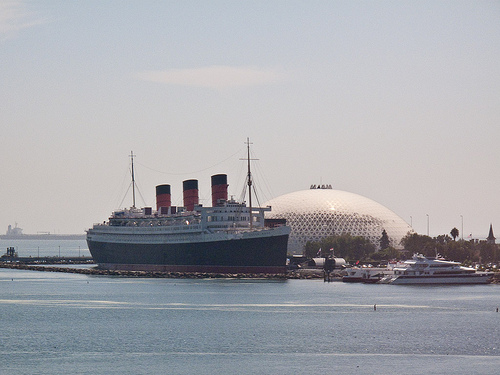 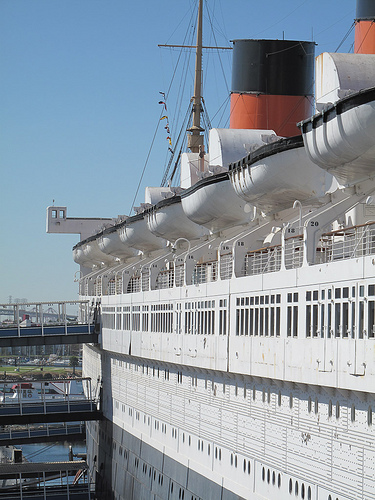 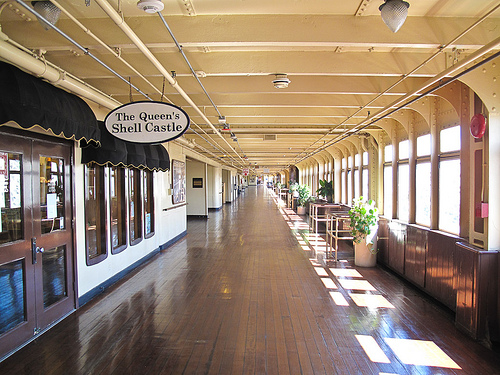 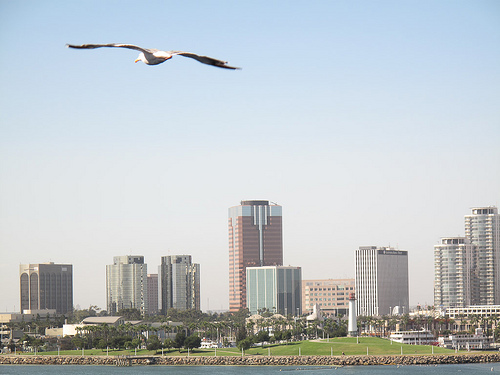 Ah Los Angeles. What a city, incomparable to anywhere else I’ve been on Earth. But then I haven’t really been to that many places I’ve not liked before. Maybe Bournemouth. No, not quite. Blackpool with a bit more money behind it would be more accurate.

As ever we started with a tour. I’m struggling to remember the guides name. I think it may have been Jenny but I’m not certain. She did refer to herself as Brad Pitt’s Ex. A joke which got a little stale by the third time of telling. If she was, it became obvious why she was an ex and not a current. The volume of the tour bus did her no favours, having been turned up so loud as to wake the dead. After only 10 minutes of aural torture I was longing for Debbie and her ‘yahoos’.

We stopped at Grumans Chinese Theatre having walked along the walk of fame. Concourse with the hand and footprints was pretty cool, but there is nothing sader then seeing a theatre designed to be lit as night and flanked by photographers in the cold light of day. But this paled into insignificance compaired to the monstrosity that is the Kodak theatre. Built to be a permanent home to the Oscars. What they have created is a temple to tackiness. The glamourous entrance flanked by stores, to the left a courtyard with piped pop music and fast food at every level. The guide seemed extrodenly proud of the architecture describing it as a moment to the lens combined with Egyption themes. Nop, just a bland mess that could could pass for any shopping mall in the world.

So this was Hollywood. Allegedly the capital of style and glamour. No, just tawdry and fake.

We continued on our tour of LA, and I’m sorry to say that I could not see and single thing that I enjoyed about it. This was the archetypal city. Crowded, dirty, hot and full of traffic. I can’t say it was a disappointment, because it really was about what I expected.

To see some real style we headed to the hotel for the night – the Queen Mary. Once the last word in luxury being built as a sleek transatlantic cruiser pre WWII, and serving as a troop carrier during the conflict. Now she serves as a floating hotel in Long Beach.

She still has those elegant lines of a classic cruise liner and bedecked in the Cunard colours. My room was one of the old first class state rooms. Luxury rooms may have moved on a little since her launch, but make no mistake this was a large room with all the modern fittings and a good old-fashioned British toilet bowl. How I’ve missed them.

We were taken for a tour of the ship by the current Captain. A man who simply exudes the roll of sea captain just by looking at him. As the ship no longer sails, it is now an honoury position. However he did serve as a captain in the navy. The ship itself has a facentating history, and I thought that the captain spoke of the ship with a real affection. I was interesting to see the changes made to the travel classes made after the Titanic disaster. There was no steerage class. This was no tourist class. They were given the same amenities as the first class passengers, but smaller. The ship is beautifully decorated thoughout, retaining as many of the original fittings as possible.

I felt like a schoolboy let loose to to freely wonder the ship. I had a great time exploring and I just wish that I could have been aboard when she sailed.

I have to be up early tomorrow for the journey to my final destination. An 11 hour rail trip from LA to San Francisco. As much as I’m looking forward to seeing the city by the bay. I’m not that excited about the trip.