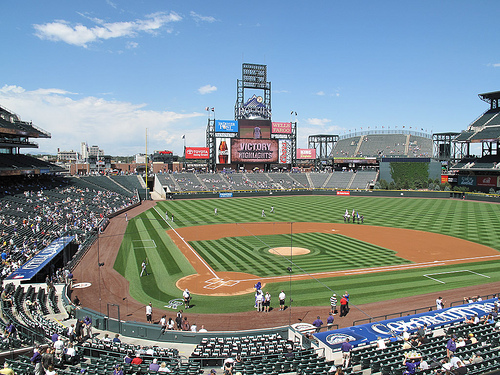 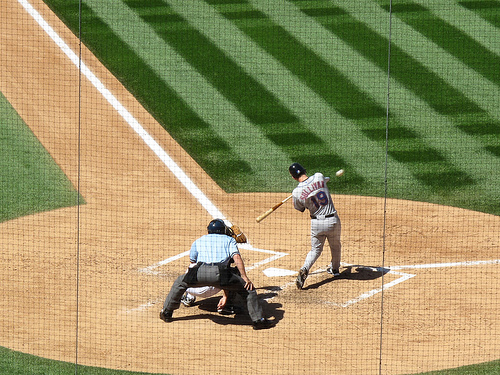 Denver. What a pleasant surprise. I have to admit I was not 100% sure what to expect. But I was not expecting a compact, clean city with open areas and pulic art in the same vain as Chicago. Again another beautiful city.

Other then an orientation tour that I took, I did not get to see much of Denver as I had and extremely packed couple of days ahead. But what I did see has made it one of my favourite cites .

After arriving in the early morning, I met my guide for the next two days. A Californian late thirties, early forties blonde named Debbie. First impressions were no favourble. After a 20+ hour journey and a rise in altitude rise of over 4,500ft, Debbie’s enthusiasm and ‘yahoos’ were just too much for 8am. As it turns out Debbie is a fantastically bubbly person and a great tour guide. She has but two faults – a propensity to turn the mic up too high, and a fucking awful taste in music.

After a brief tour of Denver, we arrived at by far the nicest hotel yet. We were greeted with warm cookies and home made lemonade. My room had a balcony looking out on downtown Denver. I did not have time to appreciate the view though as I had sporting events to go to.

First stop was Coors Field, the home of the Colorado Rockies Baseball team. They’ve been going well and are a strong candidate for the playoffs. However, on the day they were completely whipped by the New York Mets. I enjoyed the baseball, but nowhere near as much as I thought I would. It has a strange atmosphere. A passionate crowd that would only really get involved when provoked or when the stadium announcer told them to. I guess I could make comparisons to the old Highbury crowd. My own seat was fantastic. A great view of the stadium. I can’t however, se myself getting passionate about baseball. Home runs were cool. BUt I never that that moment of adrenaline that a goal can provide, or a Rossi and Lorenzo can inspire in MotoGP.

The Denver Broncos however now have a dedicated fan. I’ve followed the Broncos for a few years. Ever since getting a shirt as a kid. As an adult I’ve had one too. the atmosphere at the Invesco field directly comparable to the Premiership. The may not have the songs and chants. But boy do they have passion. The love the team and it shows. I really got caught up in it, cheering and screaming at the team. I will be following much more closely from now on. We seem a perfect match, The non-Brocos fans have told me that the derogatory nickname for the team is the Donkeys. Derogatory? I’m from Guernsey. We call ourselves that as a term of endearment.

My next day in Colorado was spent in the Rocky Mountains. The trip has confirmed to me that I truly love the mountains. I honestly think that I could spend the rest of my life surrounded by then. The view were spectacular, and were nearly everything I hoped for. we saw a little wildlife, but not as much as we had been told to expect. I did get to see Elk Chipmunks, Prairie Dogs (like meerkats), squirrels and deer. A couple of the group caught sight of a bear, But I didn’t see it.

The Rockies takes your breath away figuratively and literally. Denver is a mile high, at 5,000 feet. Some of the peaks we visited were over 12,000 feet. Just walking up a short trail took real effort, effort that was well rewarded. Before the trip I had always looked at this as one of the highlights. I was delighted to find that it really was.