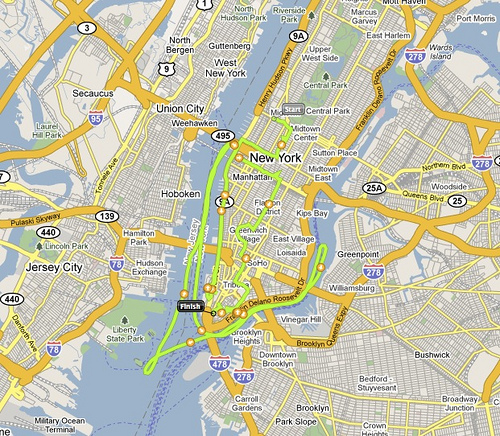 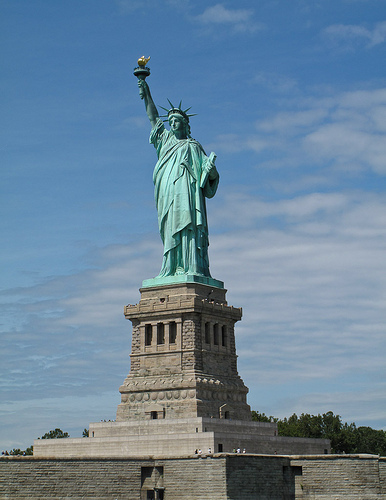 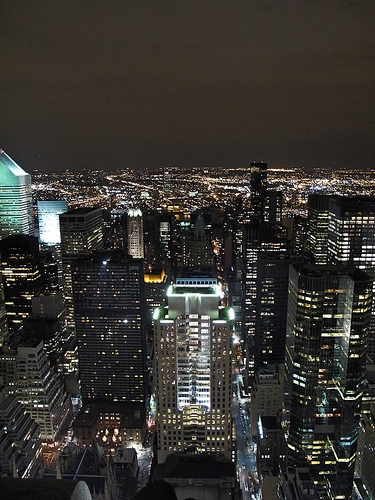 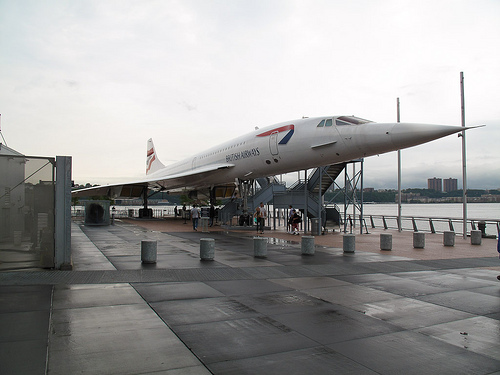 New Yorkers are such an interesting mix. I’ve never meet people that are quite so welcoming and friendly whilst being incredibly rude with the same breath. You can be talking to someone that will stop mid sentence, hurl abuse at someone and then pick up the chat exactly where they left off. I wouldn’t call them angry, but there is a vibe here. They call it the city that never sleeps, but it could also be called the city that doesn’t look before stepping out into the road. Watching pedestrians from a tour bus, I thought they were nuts. Being a pedestrian myself I then realised the drivers are just as, I not more nuts. I can’t help but admire them, that stubborn in your face attitude. They make it into an artform. I guess if I were taking my life into my hands every time I left my home, I’d be just as impatient as they are to get somewhere.

I do like the city itself. There are just so many variances throughout it, and that’s just Manhattan.

Yesterday was a tourist day. I joined a tour bus and spent hours going through the city and around the harbour in a boat.

First stop was the former site of the World Trade Center. We could view the building works of the new tower that is being built on the site of ground zero from a balcony overlooking the site.

Our tour guide, a William H. Macy of Sahara vintage lookalike, was very passionate when explaining his personal emotions regarding the attacks. He explained how because communications were disrupted he was unable to contact his wife. For three days he didn’t know if she was dead or alive. Thankfully she was relatively unharmed, but you can still hear the fear in voice as he talks about it. But also the determination and resolution that New Yorkers now feel when it comes to threats against their country. Looking at the site today, it would just appear to be a normal building site, but it impossible not to see the effects that the attacks have had throughout the city. The Americans say – “never forget”. The increased security that is abundant at all locations and the proliferation of the term – ‘a post 9/11 society’ means that I don’t think they every could even if they wanted to.

Moving on we took a harbour tour. When we started the weather was miserable and it looked like it would rain at any second. I’ve been told that New York is expecting to be hit by a tropical storm either today or tomorrow. This looked like the first wave of poor weather. Amazingly the clouds dissipated an the sun appeared. We went along the coast of Manhattan Island, under the bridges and out to Liberty Island. By the time we reached the statue the weather was glorious and perfect for photographing the statue. The statue itself did not disappoint. Hearing the guide talk about that statue and its meaning after hearing of his emotions regarding 9/11 was particularly poignant.

We passed through the districts of Manhattan and then walked to the now pedestrianised Wall Street and to the New York Stock exchange. A building displaying the largest American flag I’ve ever seen. Capitalism – fuck yeah.

The tour was an excellent way to see the city. I saw much more of it then I would have if left to my own devices. I also now have far more facts and figures buried in my brain about building I’d never seen or heard of before then I will ever need in my lifetime.

One thing I should point out is that our tour guide, Jorge who spoke so passionately about New York and America and its desire to maintain freedom is not a native American. He is a naturalised citizen originally from Uruguay. He told me that he had hit rock bottom. His girlfriend had let, he had lost his job and so he left everything behind. He started in America as a pizza delivery boy. Vowing to improve himself, he studied the English language so that he could get a better job. As he told me, he now has a wife, children and a job he loves. In his own words he is “the living proof that America is still the land of opportunity”. Given my own purpose for this journey, it was an astonishingly interesting tale.

As was always going to happen I made my way to the Fifth Avenue Apple store. The cube is a very impressive structure and had people relaxing outside talking and eating hot-dogs. This was the first time I’d seen New York at a standstill. Inside it was back to the rough and tumble that is New York. I’m fairly sure that if all the shops removed the roped off queuing area that New York would descend into chaos and riots within the hour. Such is the inherent impatience for having to wait for anything whatsoever.

I then walked for hours along the streets, finding myself in Times Square listening to the people that celebrate New Years Eve every night. I then found myself at a Starbucks sat in the window watching the enjoyable madness that is this city unfold around me. I continued my wondering and was shocked to discover the Rockafella Center. I popped in and they told me that the observation deck was still open. even though it was gone 11pm. Going up there was stunning, truly stunning. You may have listened to the Audiboo I posted yesterday. Today I still stand by what I said. It truly was the most incredible sight. Given that today New York is covered with heavy rain, I got unbelievably lucky with last nights view.

Today I have taken it easy. Jetlag has caught up with me in a big way. Combined with poor sleep over the last weeks I just found myself dead on my feet. I paid a visit to the USS Intepid, an aircraft career that is now a floating museum. It also fulfilled two childhood dreams. First I saw the SR-71 Blackbird – the fastest jet ever flown, and I got to go on Concorde. In the flesh neither disappointed, but I felt rather claustrophobic on the Concorde.

I’ve an exceptionally early start tomorrow as I have to get the train to Washington. Given how tired I am, I will not go exploring further tonight. I’m going to find somewhere fairly close and have my first proper meal since arriving in America. My total food intake so far has consisted of a Chicken baguette, a tuna wrap and lots of water. I really don’t know what it is that makes me forget to eat when I’m away. But all I can say it that right now I am ravenous and it is time to sate my hunger.

My next update should be from Washington DC.